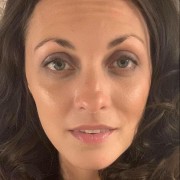 I woke up to snow this morning. I went back to Siskiyou Lake from yesterday’s find and it was transformed to an etheric winter wonderland. I hiked the Siskiyou Lake Trail Loop, plus the Beach Loop via Siskiyou Lake Trail. I like the app Alltrails for mapping out and finding different hikes in the area; you can also record your hikes, but it sucks a lot of battery, so for longer hikes, I turn the recording off.

I felt like I was in the film: Eternal Sunshine of the Spotless Mind (Such a good film// and such a good title). I kind of felt like I was in Montauk, NY even though I was in Shasta, CA and I’ve never even been to Montauk. It was not like déjà vu. I was feeling the vibes of that film for sure. It was cool. I looked it up when I got home and found this by googling it: ‘”Eternal Sunshine” is a metaphor for ongoing peace, happiness and carefree. So… “Eternal Sunshine” of a “Spotless Mind” is describing the happiness and joy one can experience once the negative experiences or “spots” have been removed from your mind.”

I loved the character: Clementine. Her pop of color hair through-out the film. That line was so perfect and the way she said it to Joel…

Too many guys think I’m a concept, or I complete them, or I’m gonna make them alive. But I’m just a messed*-up girl who’s lookin’ for my own peace of mind; don’t assign me yours.

The atmosphere today is something so hard to describe: but it is embedded in my soul now. While exploring, I remembered the Astrologer yesterday telling me he saw Bigfoot while hiking Mount Shasta or Black Butte; I totally pictured it here in the forest near Lake Siskiyou, just hanging out. He said that the legend of Bigfoot is that it can turn into a ball of light in an instance and that’s why people do not see it, or only a glimpse of it (it can shape shift). It is a mystical cosmic creature with supernatural powers. He also said that maybe gifting Bigfoot some garlic and apples would befriend it. It is believed that Bigfoot roams the slopes of Shasta. People here talk a lot about paranormal activity here in Shasta: there are so many legends and myths in Shasta. UFOs. Aliens. Angels. Portals. It’s definitely a very magical and mystical place, when I arrived, I immediately felt the healing energies of the land and the mountains.

There is a myth that all life started in Shasta.

I had so much fun playing with the natural portrait setting on my iPhone [the quality is amazing] and playing around with different filters. These turned out so cool. It’s just me playing with the camera, I love photography and studied it a bit in high school and undergrad at art school. I’ve been taking photos since I was little one. It was like my version of Eternal Sunshine of the Spotless Mystic Shasta-style today. Like creating my own cinematography. I so love the art of film. It’s something I’m going to explore more. I love story, too. All of it: and film is just such a vast medium.

Squint your eyes and look closer

I’m not between you and your ambition

I am a poster girl with no poster

I am thirty-two flavors and then some

I had so much fun today!

“For small creatures such as we the vastness is bearable only through love.”

… even [especially] Bigfoot can be befriended with love and kindness!